When there is power going to the audio system, but the main topside remains off, the F6 fuse may be blown. This may happen on new installations when putting hot into neutral terminal by mistake.

To confirm if this is the case, follow steps below: 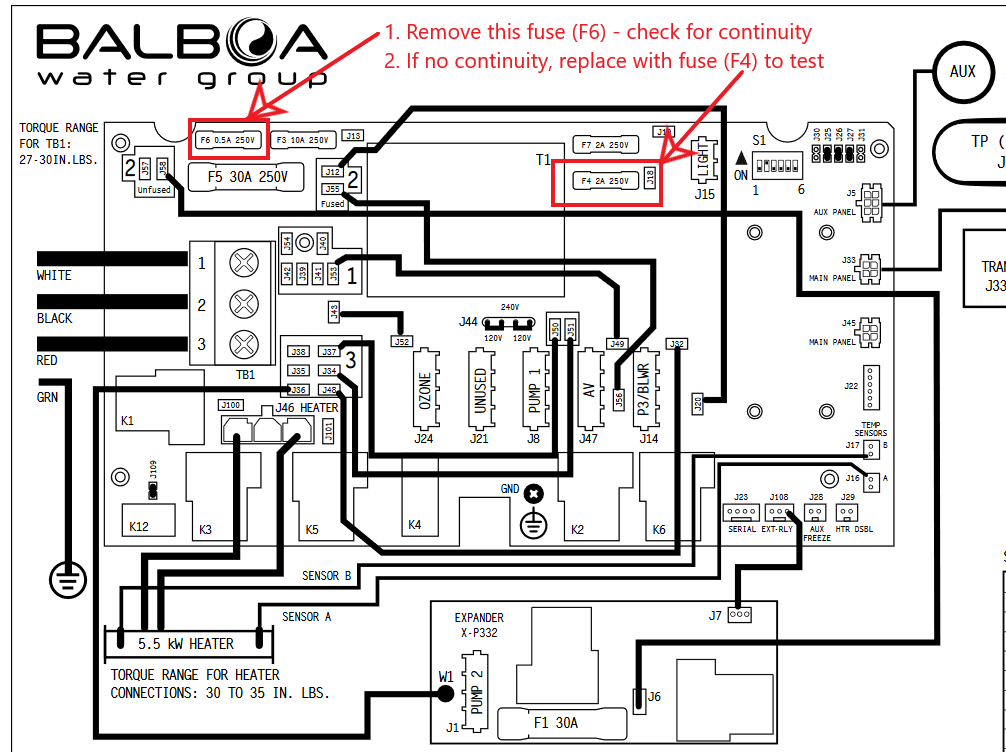