If pressing Pump 3 on your Swim Spa activates the Jets 3 indicator light on your topside but the actual Pump 3 does not start, there might be a blown fuse causing the issue.

In order to confirm if a blown fuse is causing Pump 3 to not respond, you would need to locate the fuse and test for continuity. If found blown, the fuse would need to be replaced.

1. Before doing anything, turn the Spa breaker OFF.

2. Using an screwdriver, remove all front cabinet panels to reveal the Control System of the Spa. 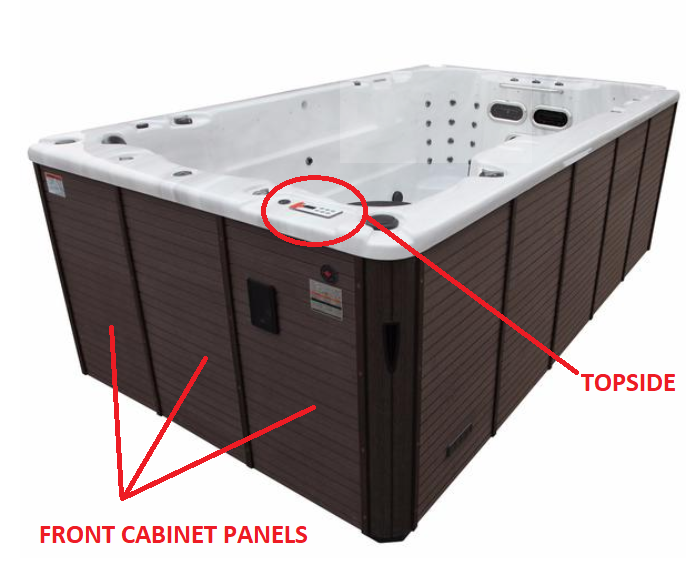 3. Using the screwdriver, remove the cover of the Control System to expose the wiring and components.

4. Locate the F5 Fuse as shown in the Wiring Diagram below. 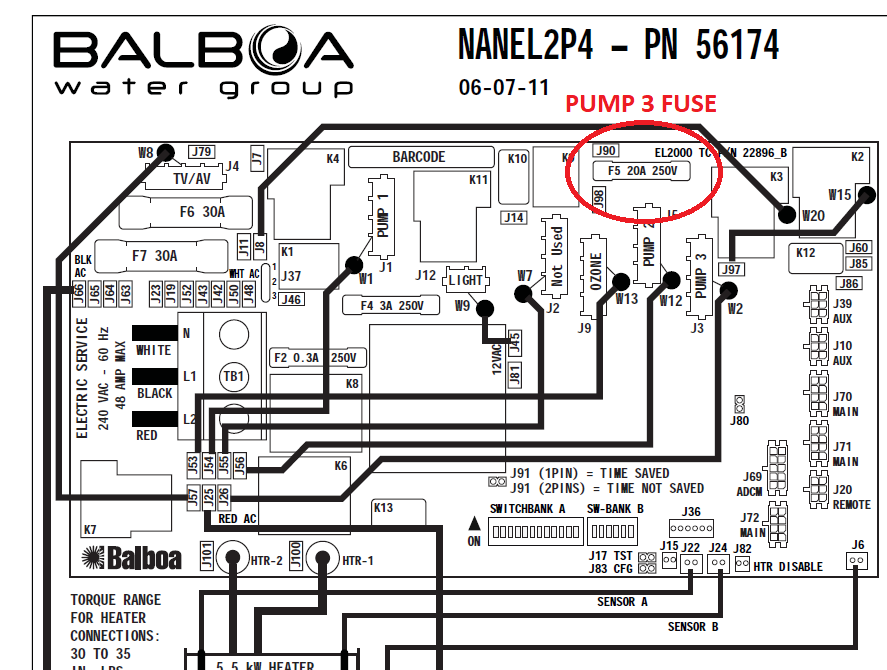 5. Remove the F5 Fuse and using a multimeter test for continuity.

6. If found blown, then proceed to replace the Fuse.

7. Reverse all previews steps and once power has been restored to the tub, press Pump 3 on your topside. You should be able to see that Pump 3 is now running.