How to replace a Perimeter LED Lens Print

When an individual LED perimeter lens stops lighting up, it will need to be replaced. 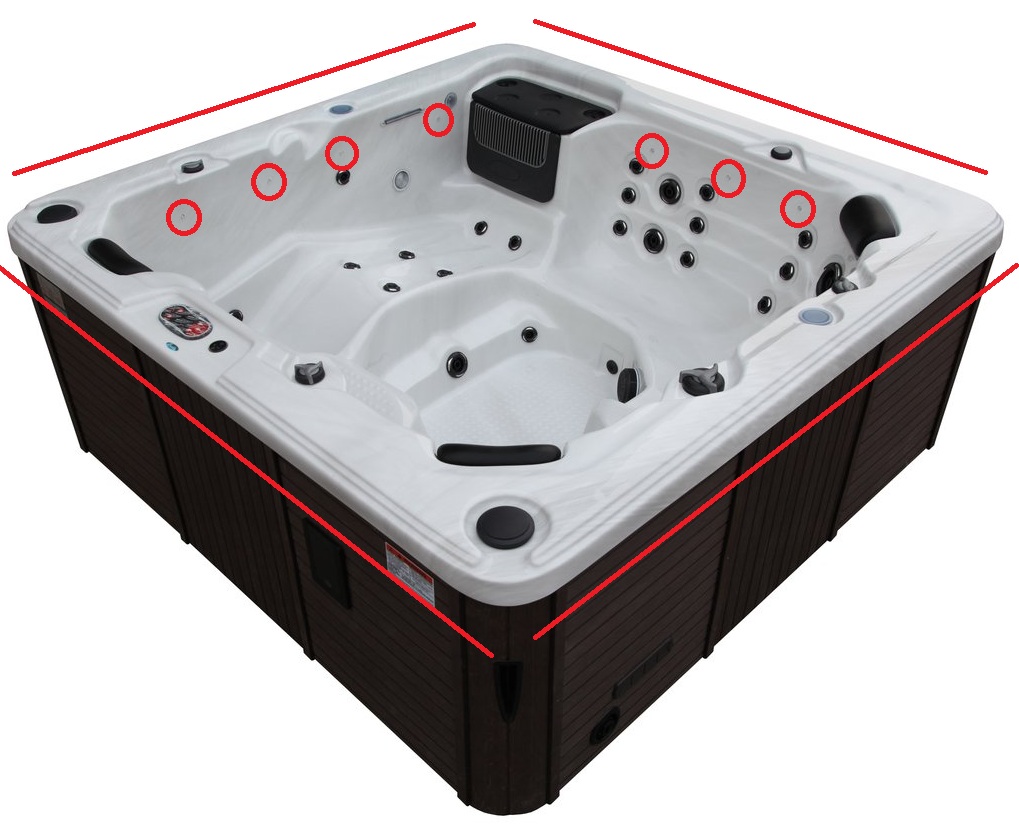 To replace an LED perimeter Lens, follow the instructions below.

1. Remove the closer cabinet panels to the damaged LED lens to get access to the LED backing. (Using an screwdriver remove the vertical strips that hold the panels in place so they can be released).

2. Locate the connector cable going to the LED Lens to be replaced and using pliers, start to remove the spray foam covering the LED backing.

3. Stop removing spray foam once you have cleared the area around the Lens and you are able to see the white nut that secures the Lens into the tub.

4. Insert a thin and small tool into the the rubber coat that covers the back of the Lens and pull to separate the lens from the connector cable.

6.When installing the replacement LED perimeter Lens, unscrew the nut making sure to keep the o-ring in place on the back of the Lens. Place the new lens from the inside of the tub and proceed to screw the white nut on the other side of the tub to hold it in place. You can start with your hands and finish with regular pliers.

7. After the nut is completely, and tightly, securing the new Lens into the acrylic surface, proceed to reinsert the light cable into the back of the Lens. Please note that you do not need to replace the spray foam removed as this will not affect the insulation of your Spa.

8. Finally, reinstall the cabinet panels to complete the installation.

To watch a video showing how to replace an LED Perimeter Lens, click HERE.