How to replace a Balboa BP501 Control System Print

A Balboa BP501 System includes a Heater Tube and a Control Board which ensure the heating and normal operation of your Spa (Plug & Play and 240V Spas). In the unfortunate event of a failure, the complete system might need to be replaced. 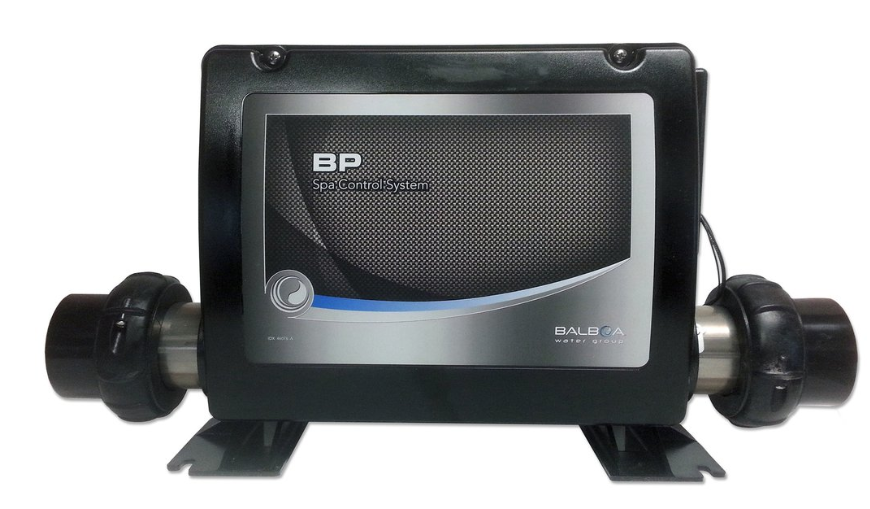 A Balboa BP501 System can be replaced following the steps below.

2. Locate the Control System in your Spa. Generally, the system can be found behind the left hand cabinet panel when standing in front of the topside display as shown in the example below (Toronto model).

3. Using an screwdriver, remove the vertical strips that hold the left and center panels in place and once they are off, you will be able to freely remove the panels. Please note that there should be 3 screws on each vertical strip.

4. Once you has reached the Control System, use the screwdriver to remove the 2 top screws that hold the lid of the Control Pack.

5. Once you have gained access to the inside of the Control System, proceed to disconnect the main components that include the Pump (s), Ozonator, Lights, Topside, Audio Amplifier, etc. If you find issues locating the main components on the board, please check the Diagram printed on the underside of the Pack Cover to confirm the correct spot for each of them.

6. Once all components have been disconnected, use the screwdriver to disconnect the wiring that goes from the tub to the breaker including the ground connection.

7. In order to stop the flow of water going to the heater so you don't have to drain the tub, find the Slice Valves located on each side of the Control Pack and close them. To do this, pull the black plastic caps that ensure the valve remains open and push down to fully close them. Ensure to align the little tap with the slice so you can push down and twist for a complete seal.

8. Once both Slice Valves are fully closed, proceed to loose the Heater Nuts (1 on each side of the heater tube). These nuts are threaded and should easily become loose with the use of regular tools or your hands. As you loose them, you might see some water coming out which is the remainder water that was still inside the heater tube.

10. Take the new Balboa BP501 System and put in place. Line up the heater tube on the new System with the pipes in the tub as much as you can and tight the Heater Nuts on both sides of the tube.

11. Proceed to connect the main components previously disconnected on Step 5.

12. Reconnect the power wiring between the GFCI and the tub (disconnected on Step 6).

13. Make sure all connectors are securely plugged in and that you don't have any loose or missing connections. Then proceed to secure the Cover of the new Control System.

14. Proceed to open the Slice Valves and ensure you put in place the black plastic caps that will prevent the valve to accidentally close it during the normal operation of the Spa.

15. Finally, put the cabinet panels back in place by securing the vertical strips initially removed. You can now restart the power to the Tub and start using the Spa as normal.

To watch a tutorial video showing the replacement of a Balboa BP System, please click HERE.