For new electrical installations, if the Red and Black (which is 240V between them) supply feeds are connected to terminal block positions 1 and 2, this may blow the F6 fuse as it feeds 240V to a transformer expecting only 120V. This will cause the Topside Control to remain blank when power is applied to the Control Pack. For existing installations, the F6 Fuse can also get blown as a result of power surges, power outages, etc.

In order to confirm if the F6 Fuse is blown, use a Multi meter to measure continuity. If the Fuse is in good working condition, the meter should beep continuously as you hold the leads to the ends of the fuse. However if it does not do so, the fuse is blown and will need to be replaced. 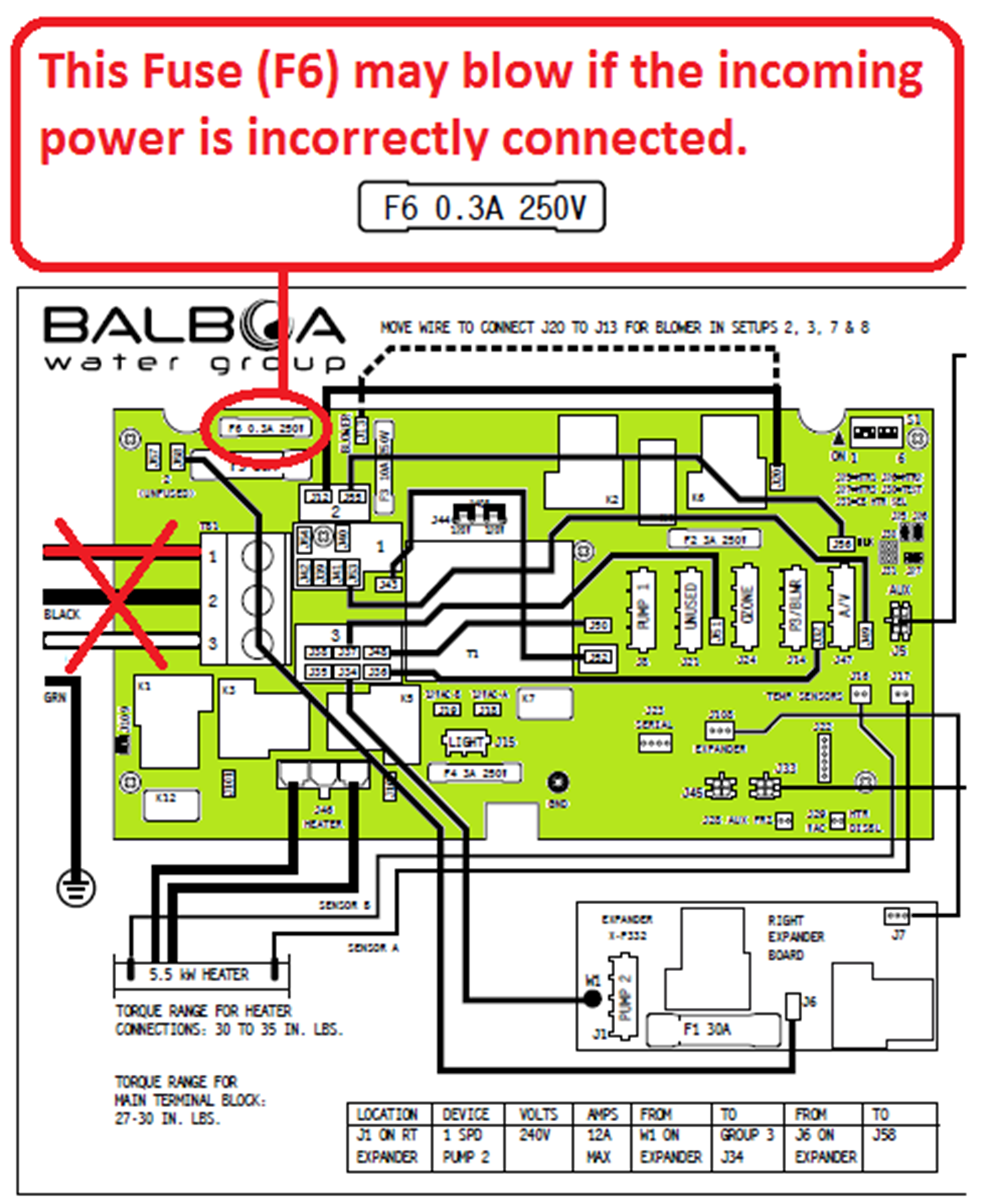